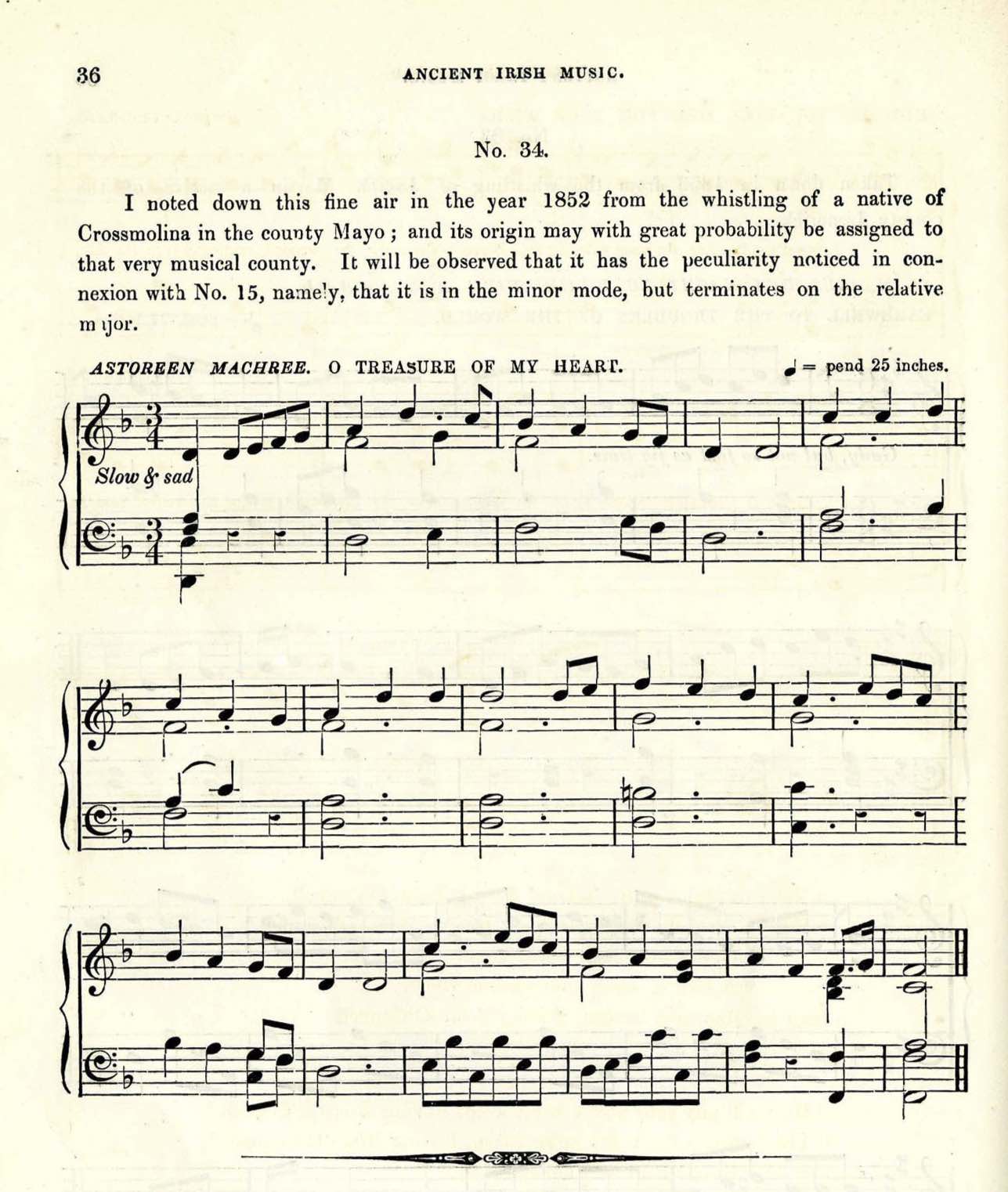 ”I noted down this fine air in the year 1852 from the whistling of a native of Crossmolina in the county Mayo; and its origin may with great probability be assigned to that very musical county. It will be observed that it has the peculiarity noticed in connexion with No. 15, namely, that it is in the minor mode, but terminates on the relative major.” 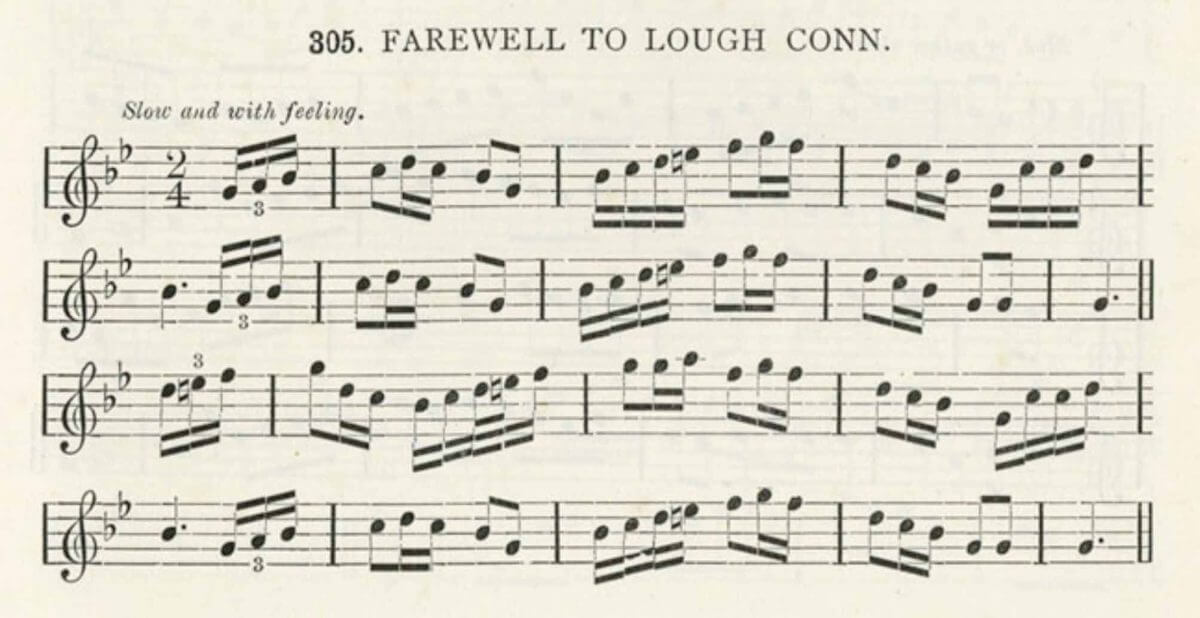 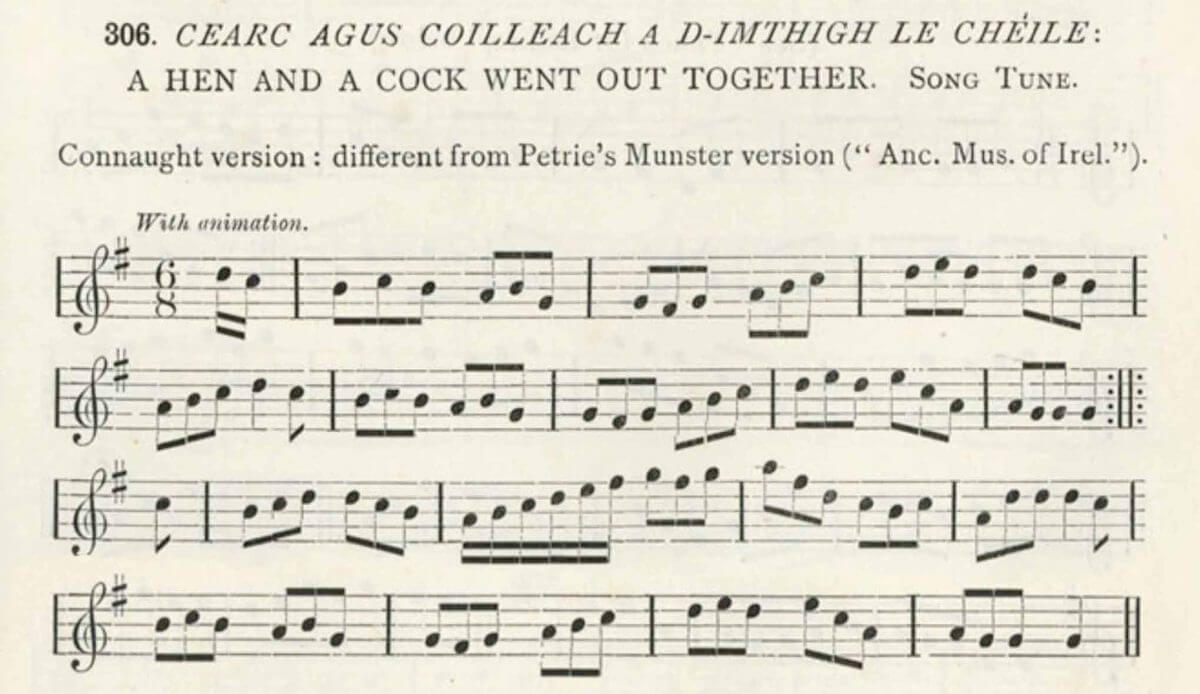