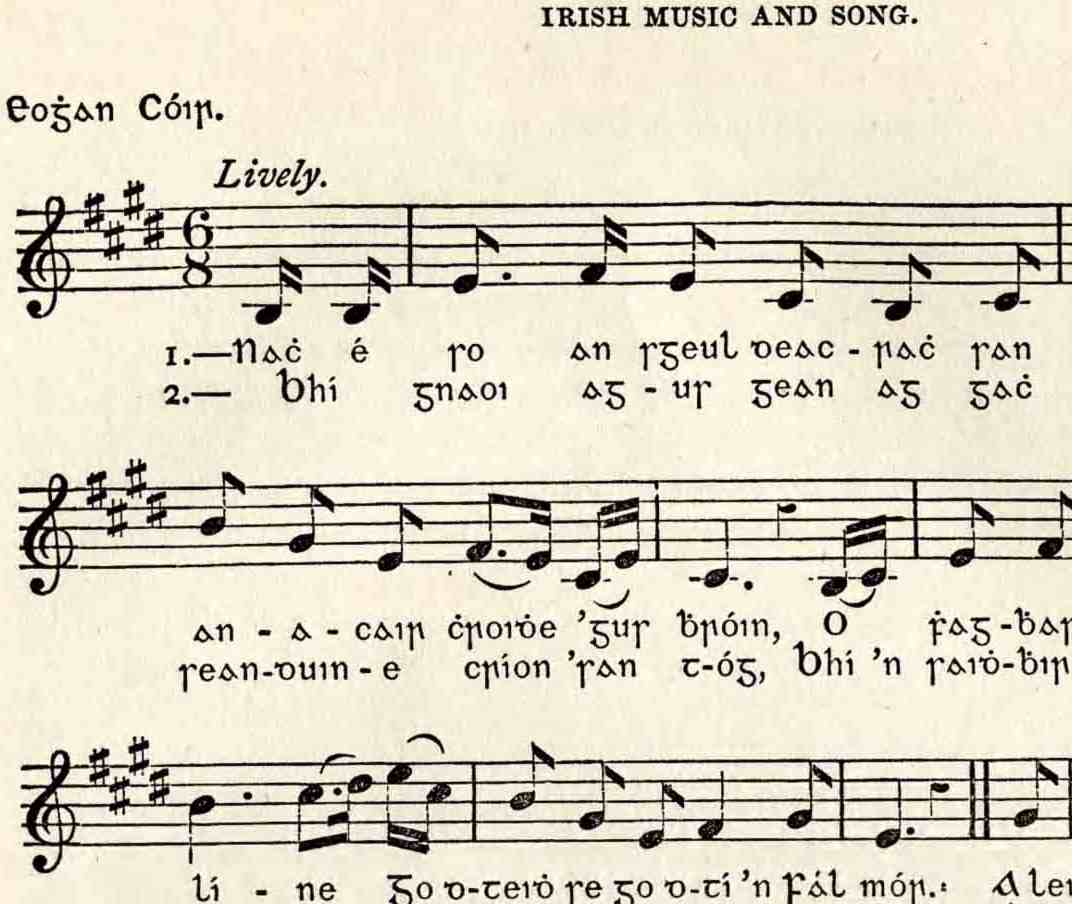 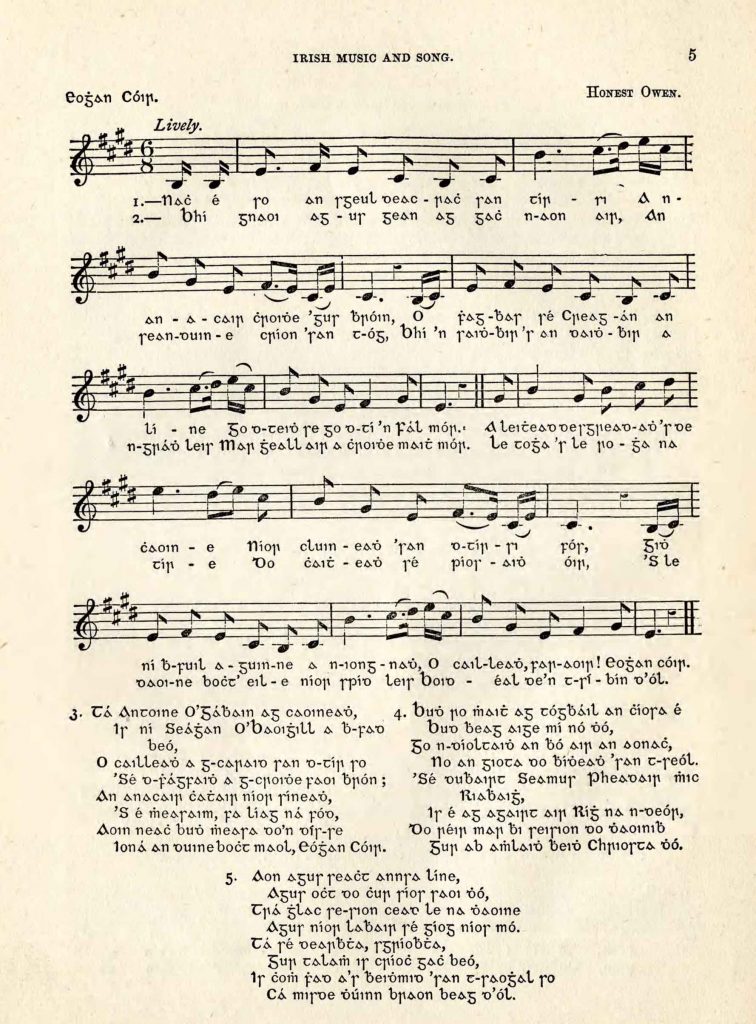 ‘This song was first published by Hardiman, and the best way to introduce it here is to give his words. “The ironical song or mock-elegy which follows is an old favourite in Iar-Connaught. It has been attributed to MacSweeney (for whom see ‘Iar-Connaught,’ p. 283), but improperly, for it is now ascertained to be the production of a contemporary bard of perhaps superior powers, the late Richard Barrett, a native of Erris in Mayo ; and every Irish reader will, we think, be gratified at finding it preserved here. It is entitled Eoghan Cóir, which may be paraphrased ‘Owen, the honest and humane.’ This hero is still remembered as one of the most rapacious land agents of his time. For poignancy of wit and felicity of expression, these few stanzas have seldom been excelled. Mr. Knight, in his account of Erris, Dublin, 1836, 8vo., describes Barrett as a man of real genius, though entirely unknown to the world. His humorous compositions in Irish were exceedingly pleasant, generally ironically satirical: he extravagantly praised those for qualities of which they had the opposites.” (Hardiman’s Edition of O’Flaherty’s “ Iar-Connaught,” p. 292.)

The air is now published for the first time. About twenty years ago a young national teacher from Mayo lent me a music book containing a great number of beautiful Irish airs, extremely well written, and nearly all belonging to Connaught, which had been copied in a district on the shore of Lough Conn. Among these airs I found the present one, and copied it with many others.
Both air and song are well known to this day all over Connaught; and I heard it sung two years ago in Bray by a gentleman from the county Galway.

It was a favourite song with the late patriotic Archbishop of Tuam, the Most Rev. Dr. MacHale, who sang it with great animation and spirit when he found himself in congenial company.

I may be permitted to use Hardiman’s words by saying that every Irish reader — and especially every Irish reader belonging to Connaught — will be gratified to see both words and air printed here, and the air, in all probability, preserved from extinction.’1 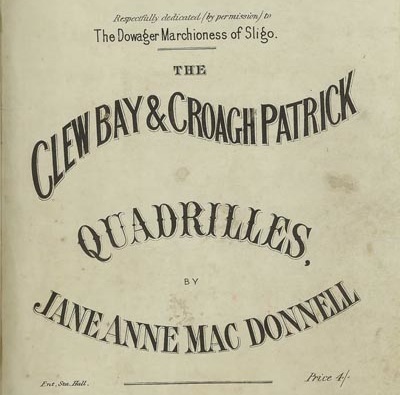