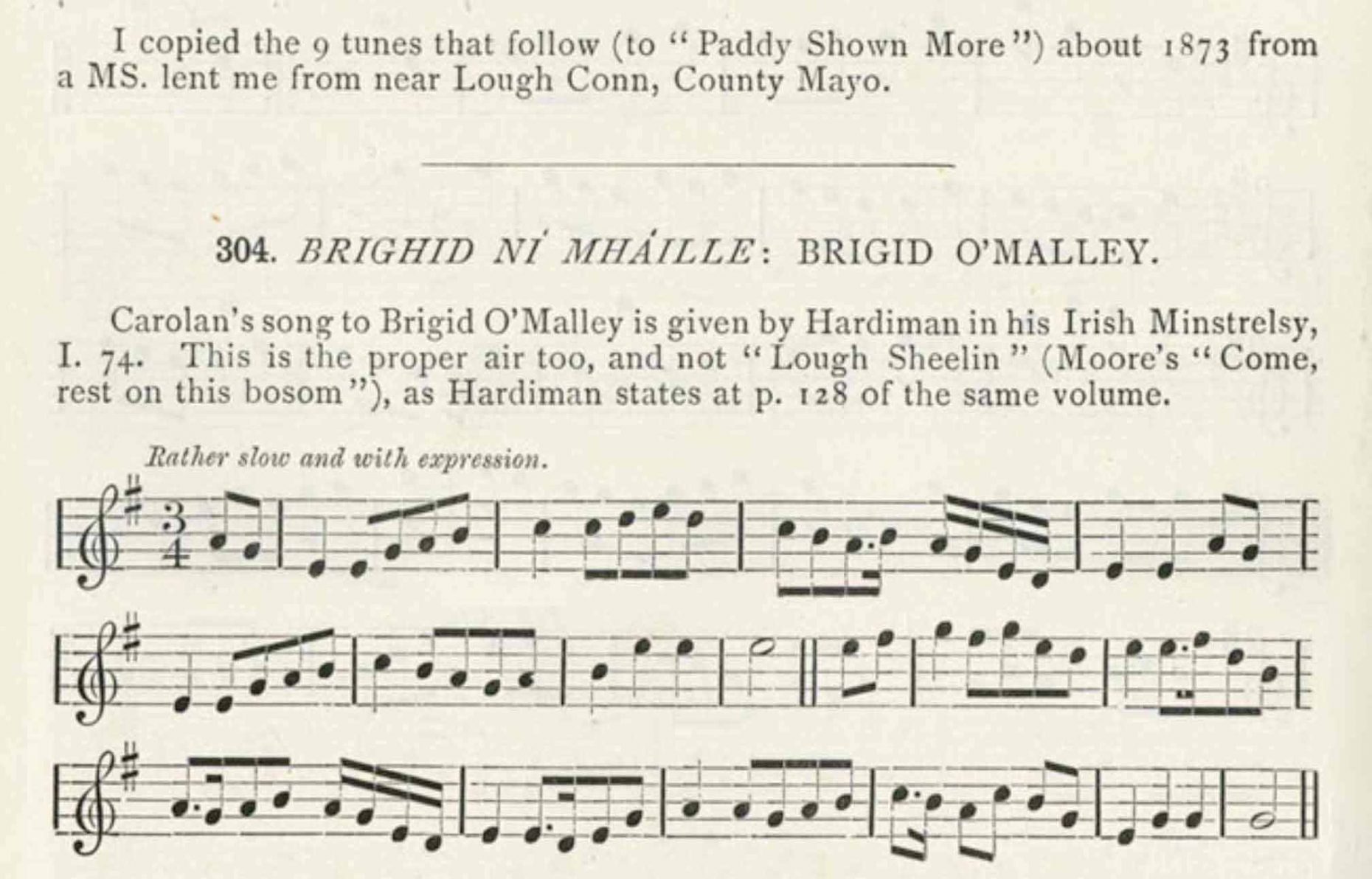 Of possible relevance here is the source for the song ‘Owen Core’:

Hardiman’s statement that Joyce references in the manuscript excerpt reproduced above:

“The versatility of Carolan’s genius and the correctness of his judgment appear to us as fully established even by the few specimens contained in this volume. The reader cannot but be impressed by the difference of style, manner, and sentiment, which pervade these compositions, particularly such as are addressed to the male and female subjects of his praise. The liveliness, spirit, and expression of the former present a striking contrast to the soft, sweet, and flowing melody and tenderness of the latter. This is fully exemplified in his “George Brabazon,” and “Bridget O’Malley.” The latter is not inferior to any in the collection, and coupled to the sweet air “Lough Sheelin,” presents a combination of music and poetry which has seldom been surpassed.
The O’Malley’s are a highly respectable aboriginal family of Ireland. The celebrated “Grana Weal” (Grace O’Malley) was daughter of the chieftain of this name, in the days of Queen Elizabeth. Some curious notices of this famous heroine will be found in another part of this work. My esteemed friend, Sir Samuel O’Malley, baronet, her descendent, enjoys a large portion of the estates of his ancestors in the west of Ireland. This is perhaps one of the most ancient tenures in Europe.”3

Unfortunately however, despite all the above, this air is not to be found in O’Sullivan4, at least under the present title. 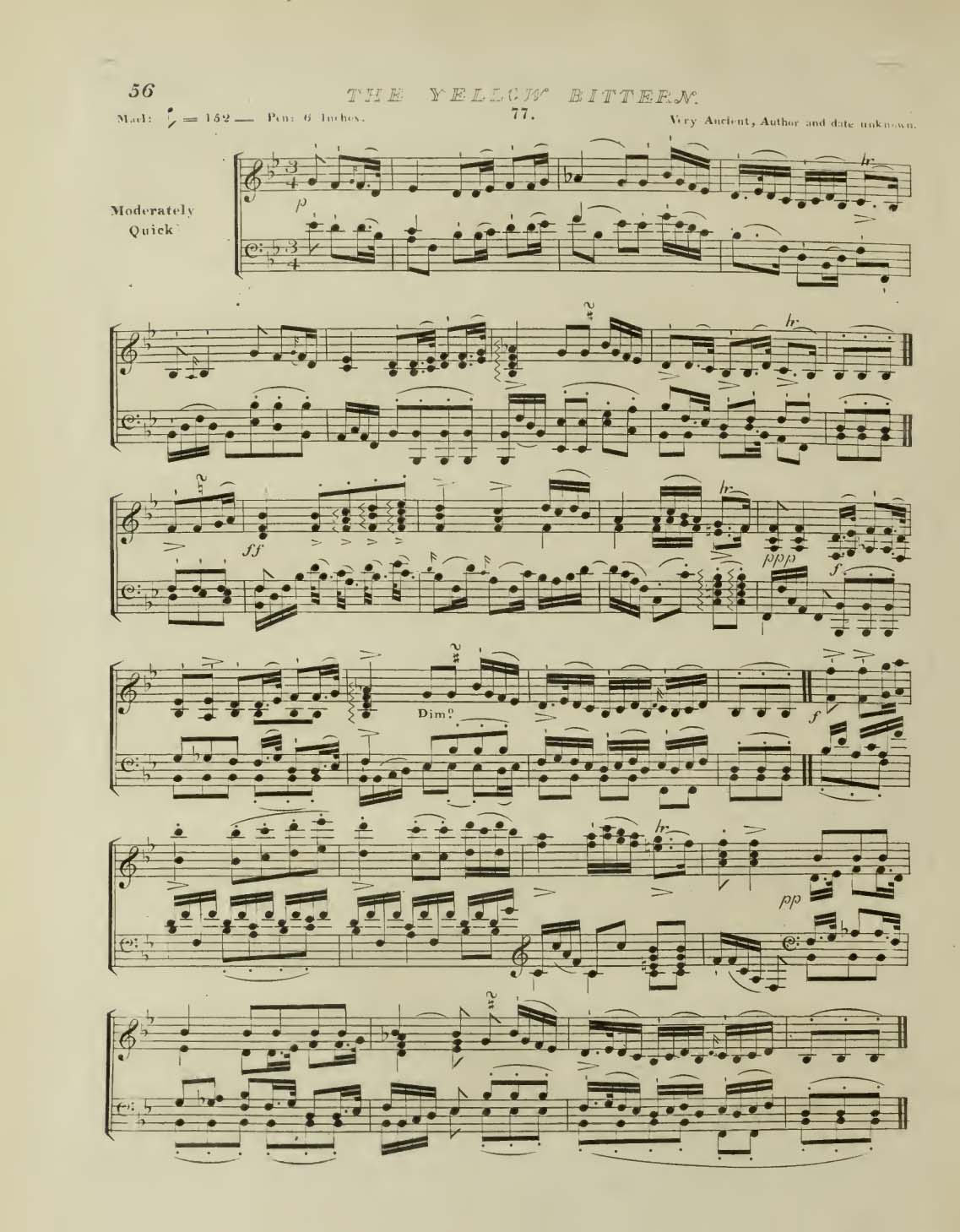