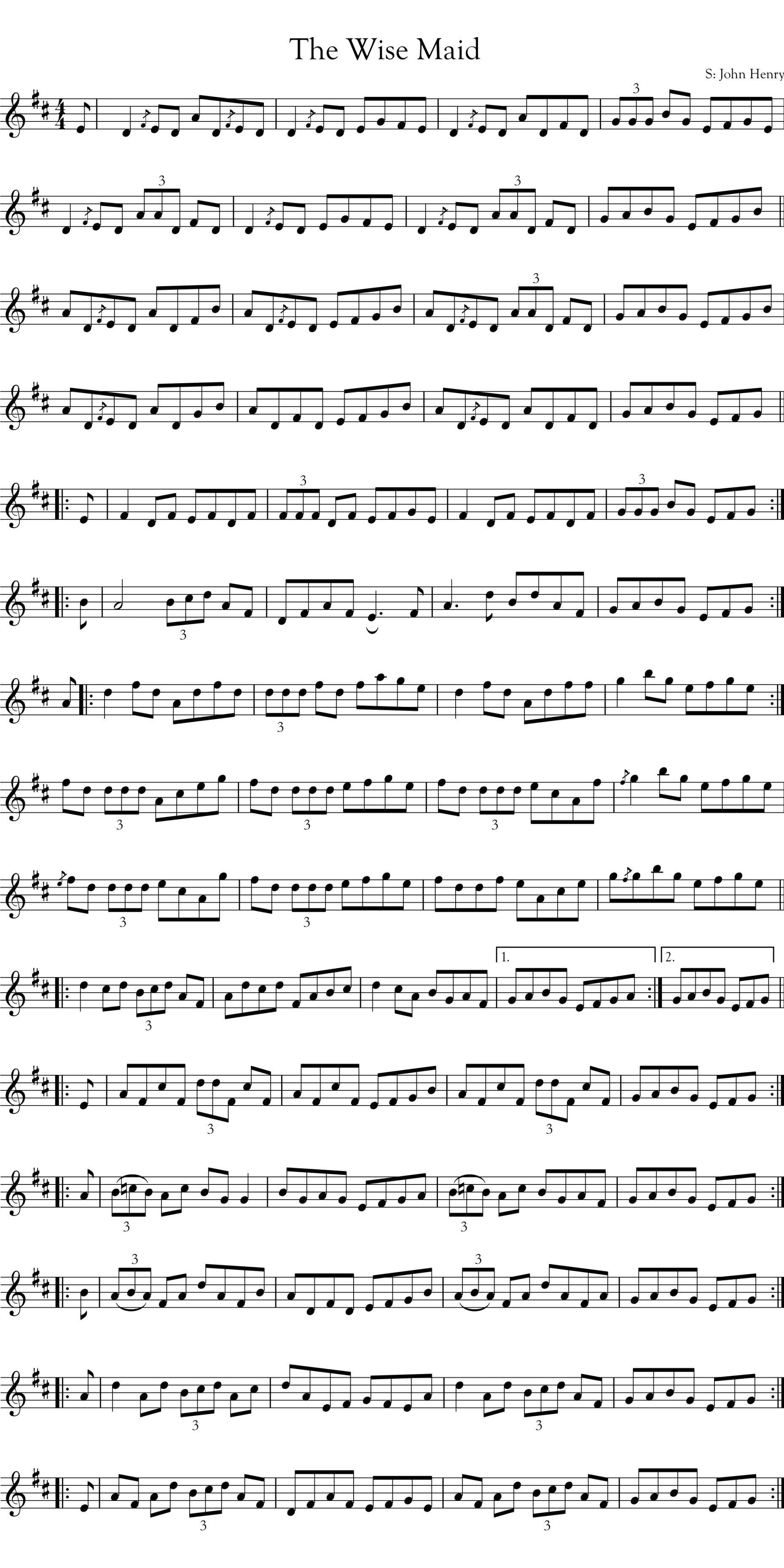 According to John Henry, Jim Coleman got this tune from ‘Old Johnny Gorman‘. When Jim, at a spraoi in Doocastle sat beside Francie O’Toole, she kept at him to play it over until she “got the reel out of him”. Fiddler Pat Kelleher remembered only seven parts and Pat Joe Maree remembered the other five and from these John Henry reassembled the tune: “how they’re rotated or not, I could not [say…] the way it was originally played or not but I arranged it this ways anyway”.2 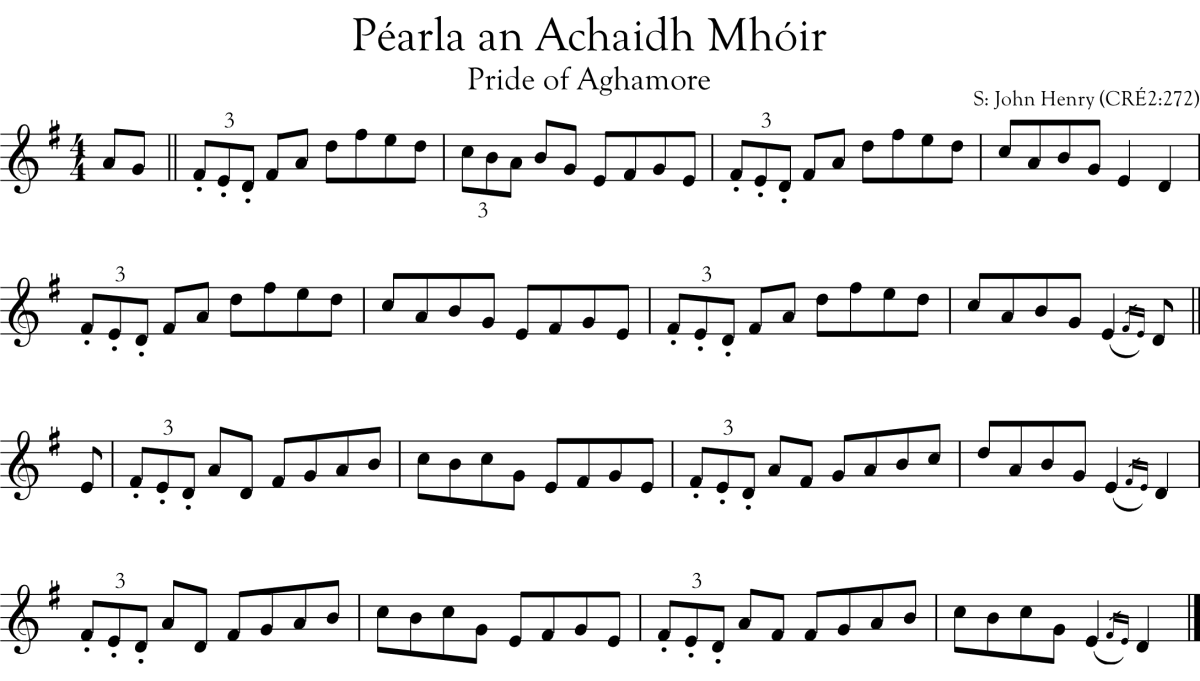 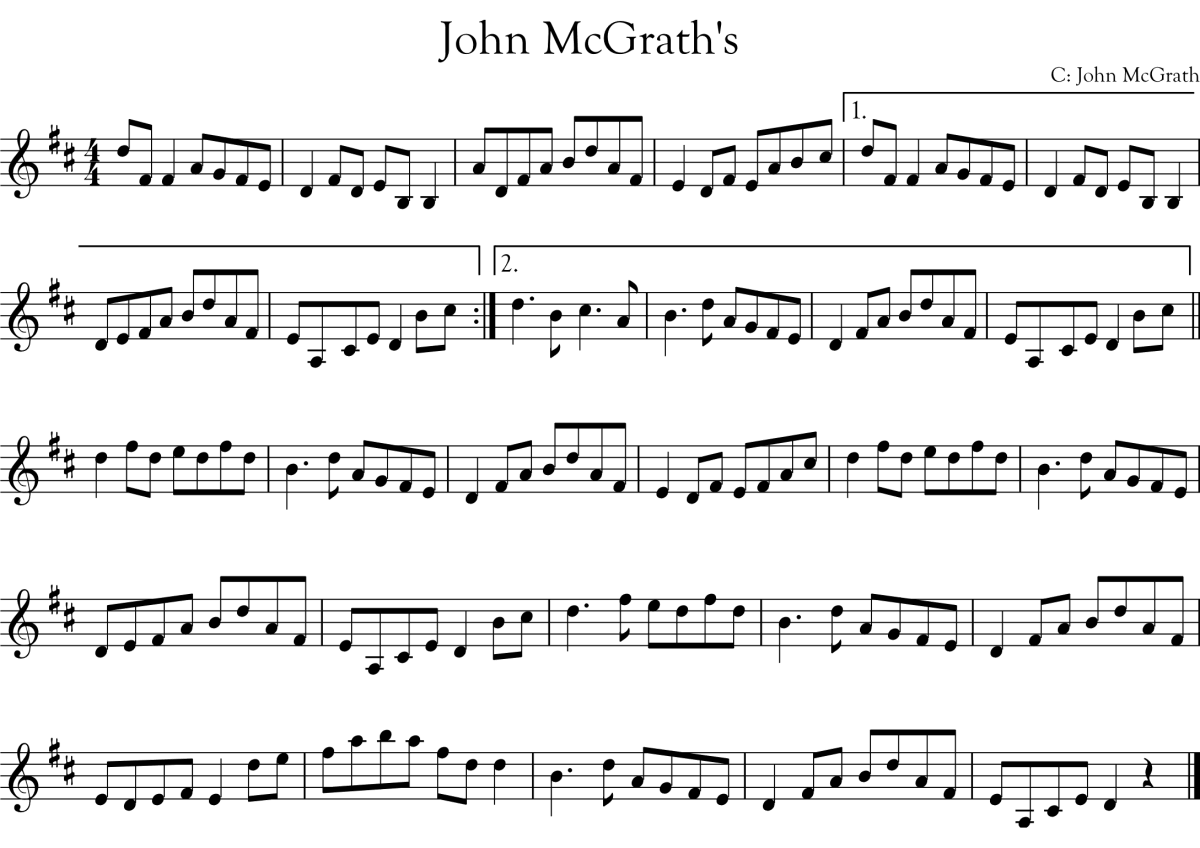