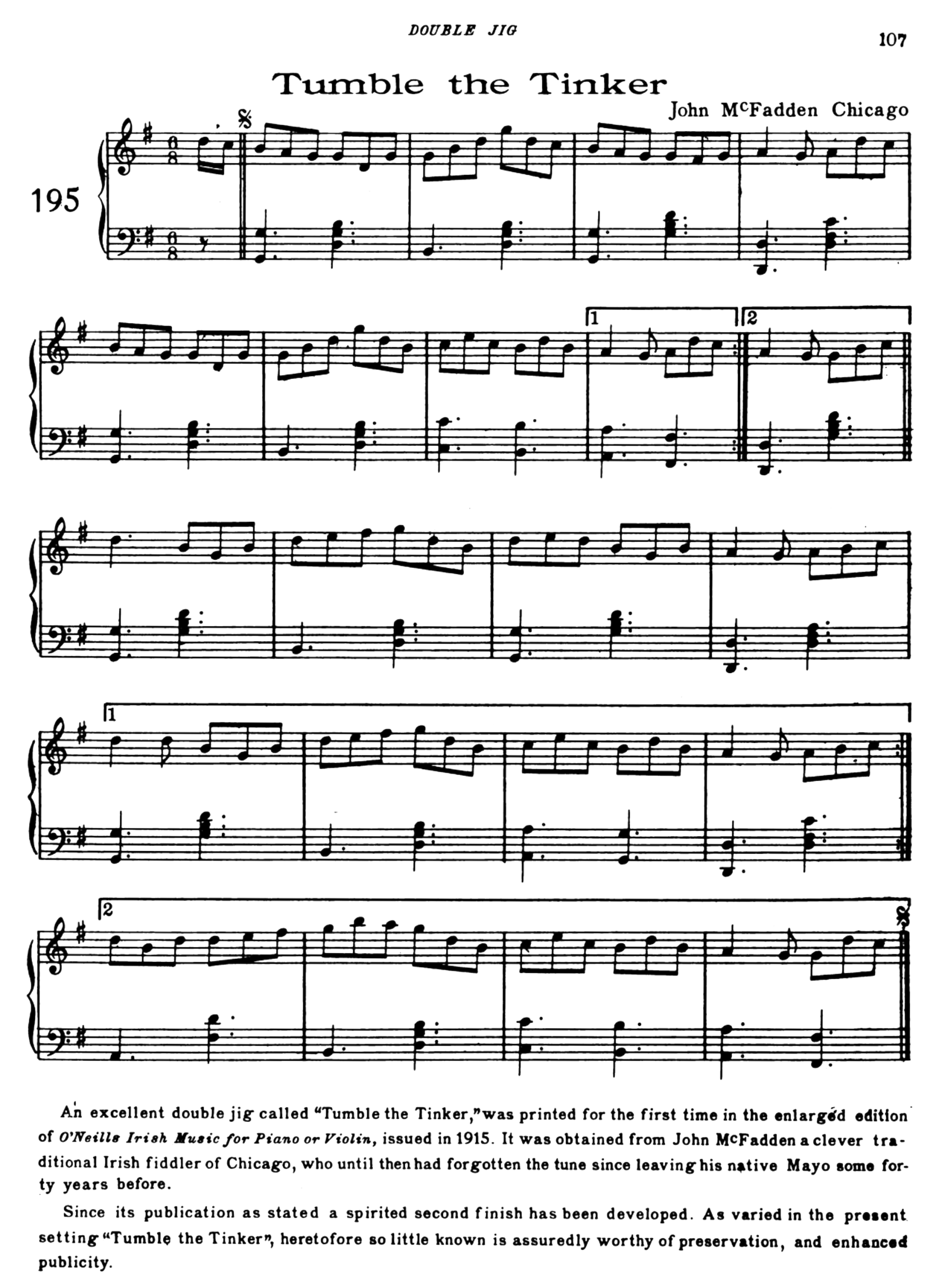 ‘An excellent double jig called “Tumble the Tinker,” was printed for the first time in the enlarged edition of O’Neills Irish Music for Piano or Violin, issued in 1915. It was obtained from John McFadden a clever tra­ditional Irish fiddler of Chicago, who until then had forgotten the tune since leaving his native Mayo some for­ty years before.
Since its publication as stated a spirited second finish has been developed. As varied in the present setting “Tumble the Tinker”, heretofore so little known is assuredly worthy of preservation, and enhanced publicity.’ 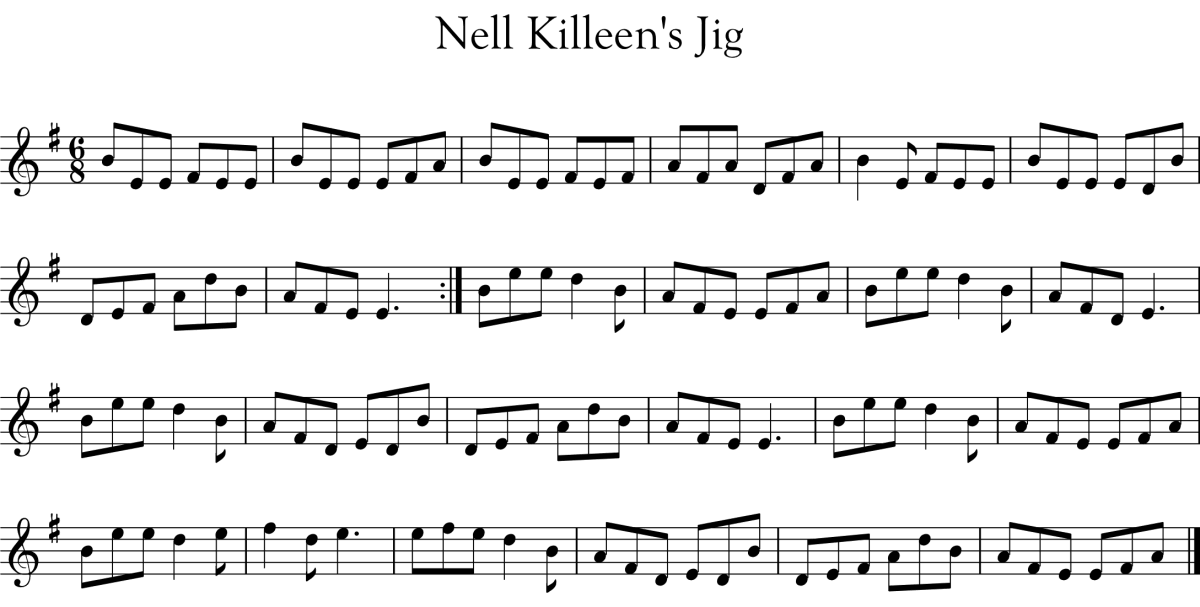