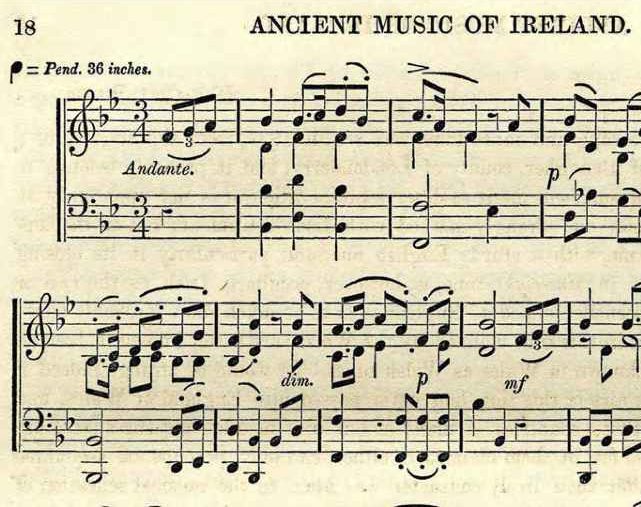 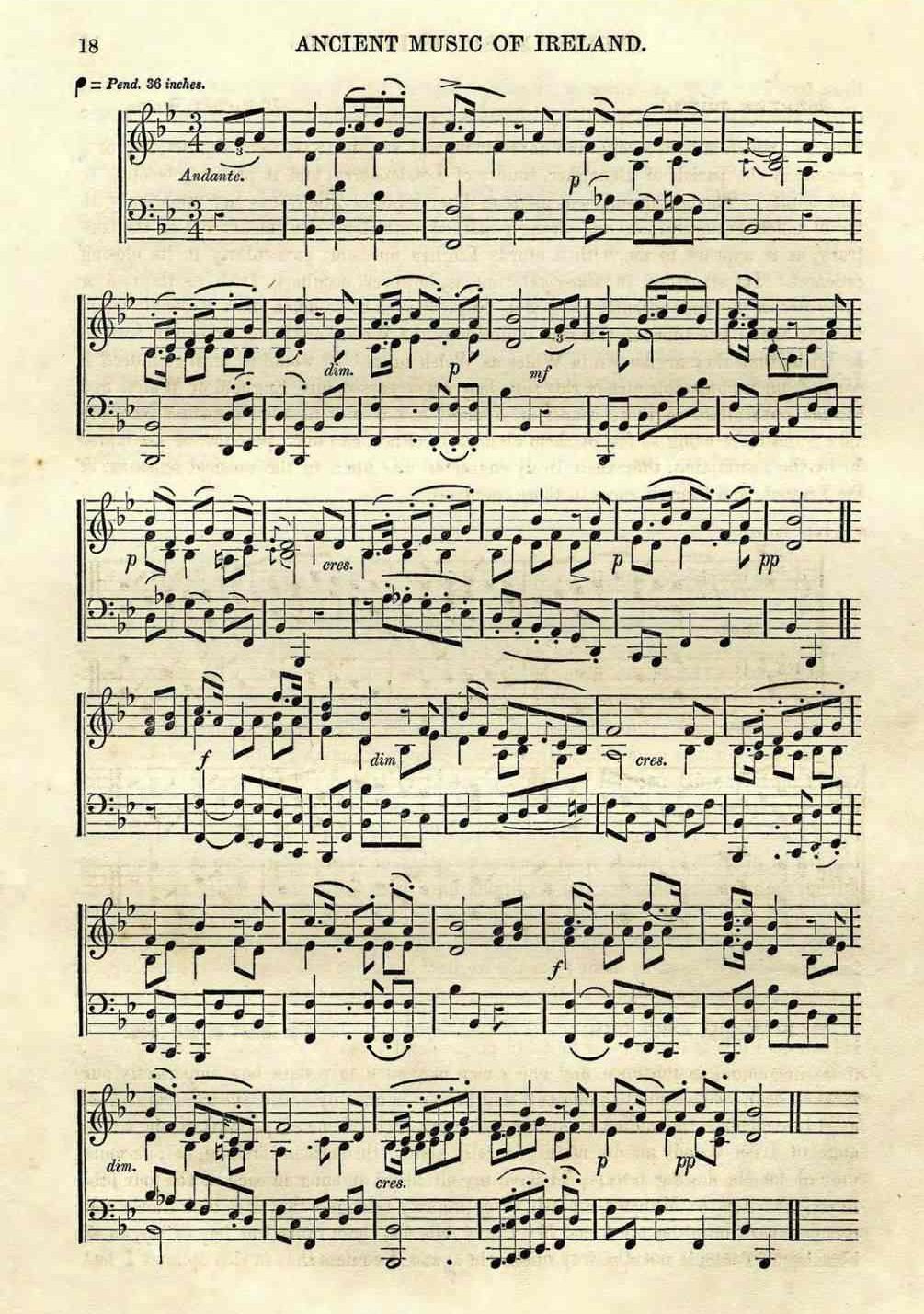 Source: P.J. O’Reilly (Westport) in The Petrie Collection of The Ancient Music of Ireland.

‘For this fine air, together with many others of no less beauty, I have to express my grateful acknowledgments to Mr. P.J. O’Reilly, of Westport, in the county of Mayo, by whom they were noted down from the singing of the peasantry in the wild mountain districts of that picturesque county. I regret, however, to have to add, that Mr. O’Reilly has not increased the value of his gift by some detailed notices of the sources and localities from which the tunes were obtained; and, that though acquainted with the Irish language vernacularly, he did not feel himself competent to take down the songs to which the melodies were sung; as, in that peculiarly Irish part of Western Ireland, it might be hoped that words of a higher antiquity and deeper interest would be preserved than those current in districts in which, from the commingling of races differing in origin and language, the primitive manners and traditions have been obliterated. Without some such knowledge of the character of the ancient songs, we have no clue to the sentiments which the melodies were intended to convey, but that, sometimes – as in the present, instance – derived from its name; for the words “My Love will ne’er forsake me” appear to most happily expressive of the triumphant and manly tone of feeling which pervades this air to a degree not often found amongst the melodies of Ireland. So strongly, indeed, does this feeling appear to me to preponderate, and so different from that of our tunes in general is the structure which was necessary to produce it, that, had this air come to me from any questionable authority, I should have been inclined to doubt its Irish origin; or, had it been shown to me as an ancient Gothic or Scandinavian air, such I should have very readily believed it. Such affinities and peculiarities are not, however, very uncommon amongst the multitude of our melodies; and, if we were allowed to indulge in conjecture as to the probable origin of them, we might, perhaps, ascribe it to the long occupation of our island by the Danes and Northmen, or even, not impossibly, to the blending of Teutonic races with the Celtic in ages more remote.’1 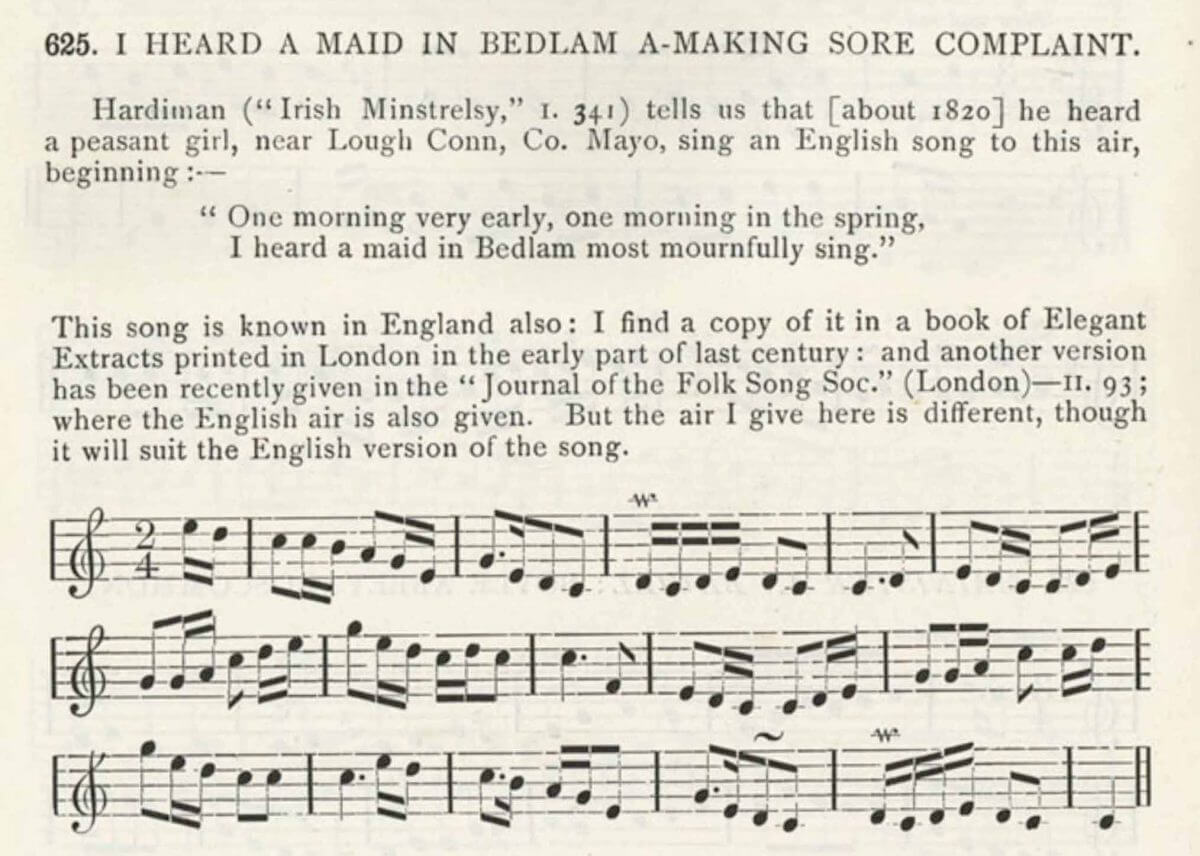