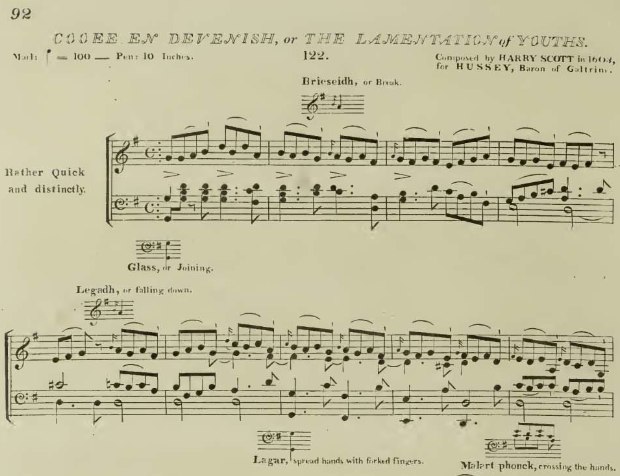 “[…]The Editor noted it down from the performance of Dominic O’Donnell, a harper from Foxford, in Mayo, who appeared totally unconscious of the art with which he was playing. The air differs from the preceding Caoine by its embracing all the intervals of the diatonic scale.”2 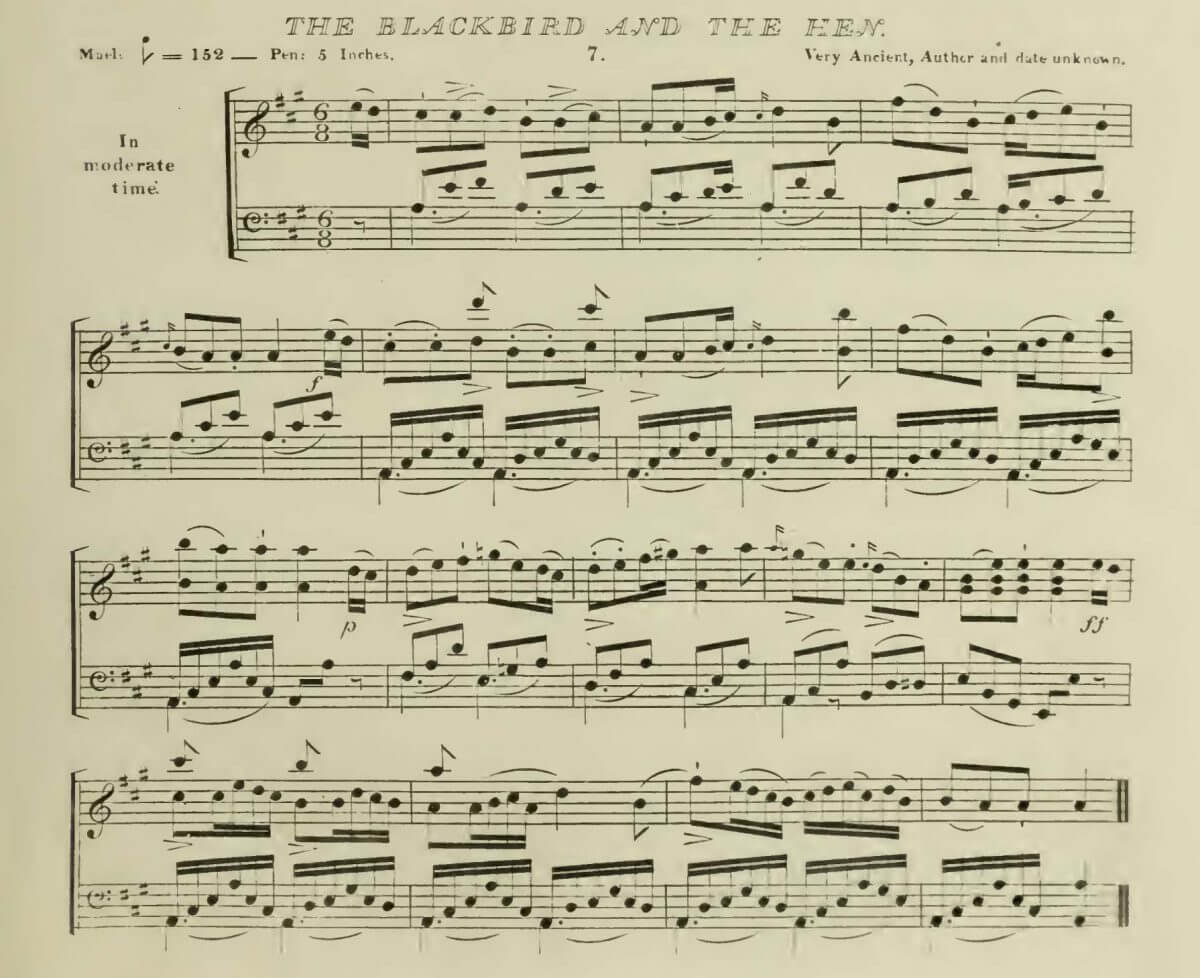 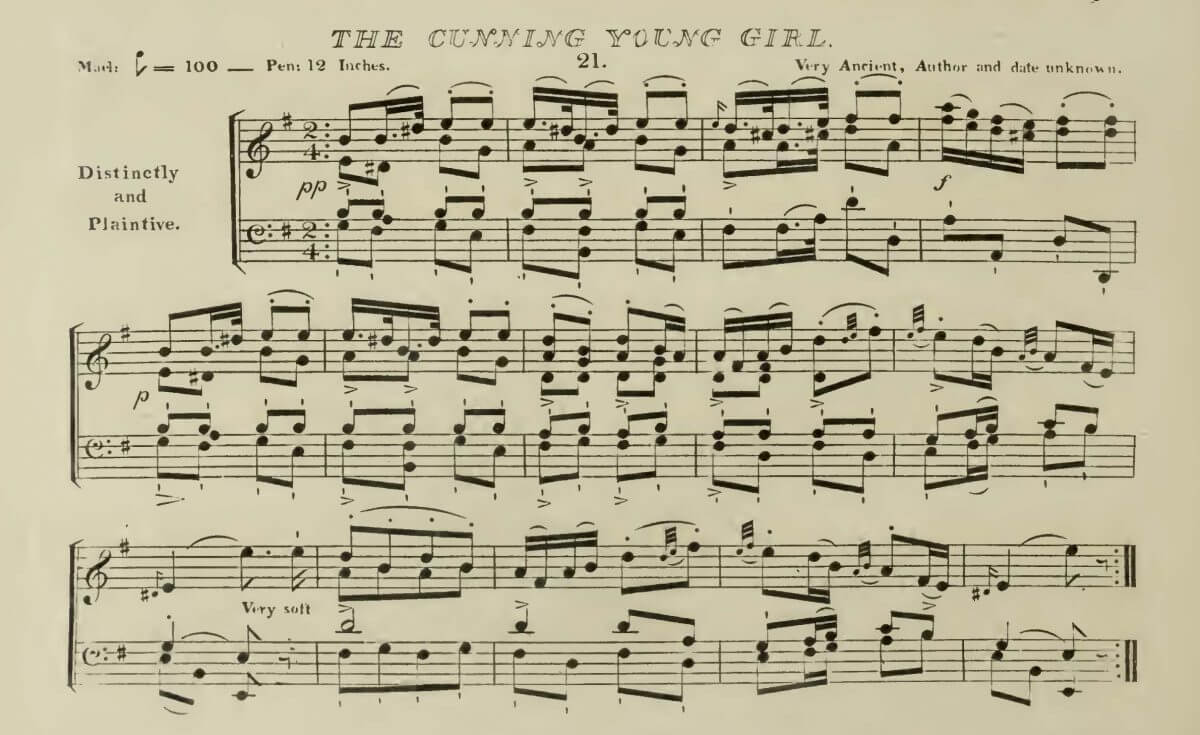 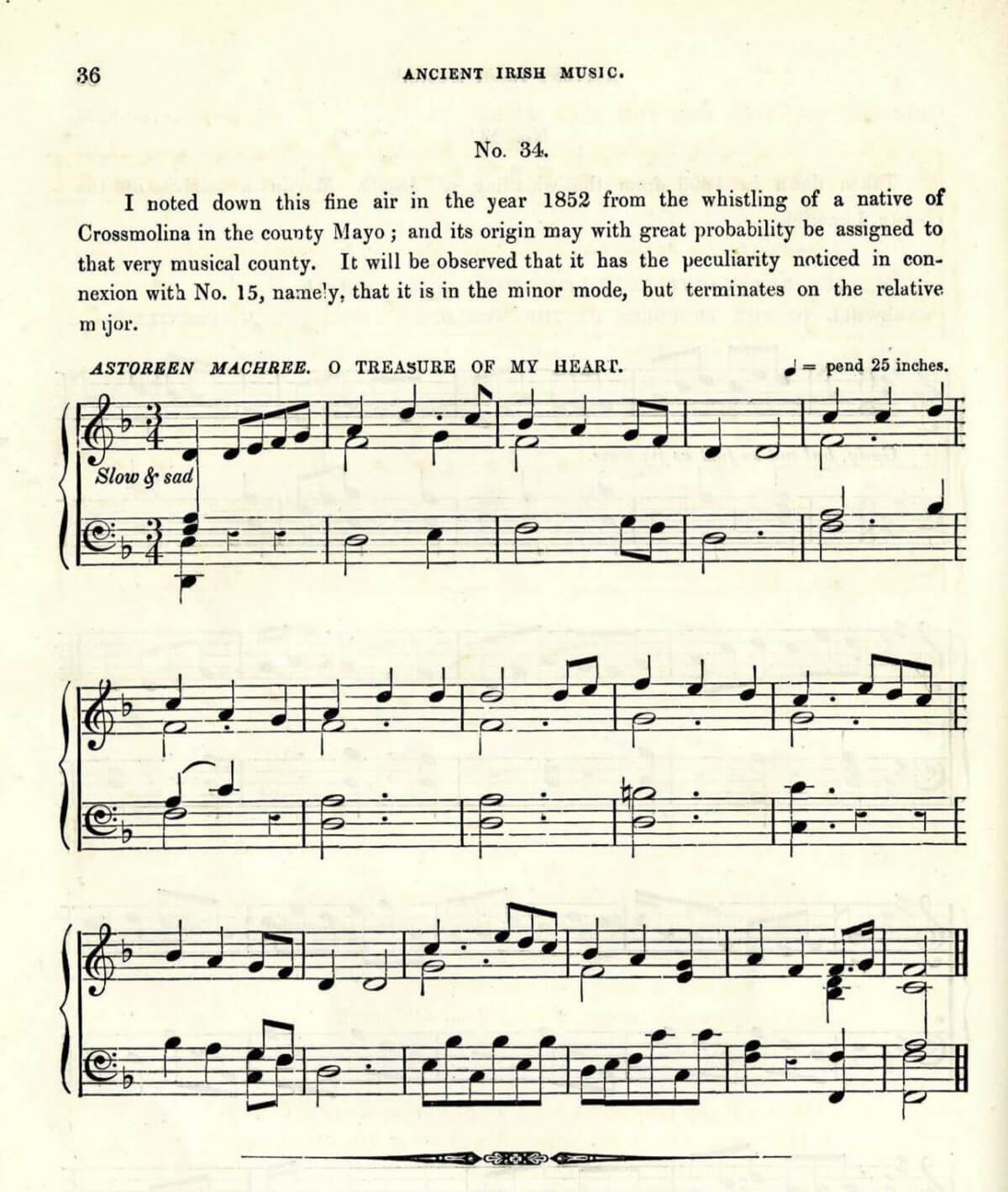