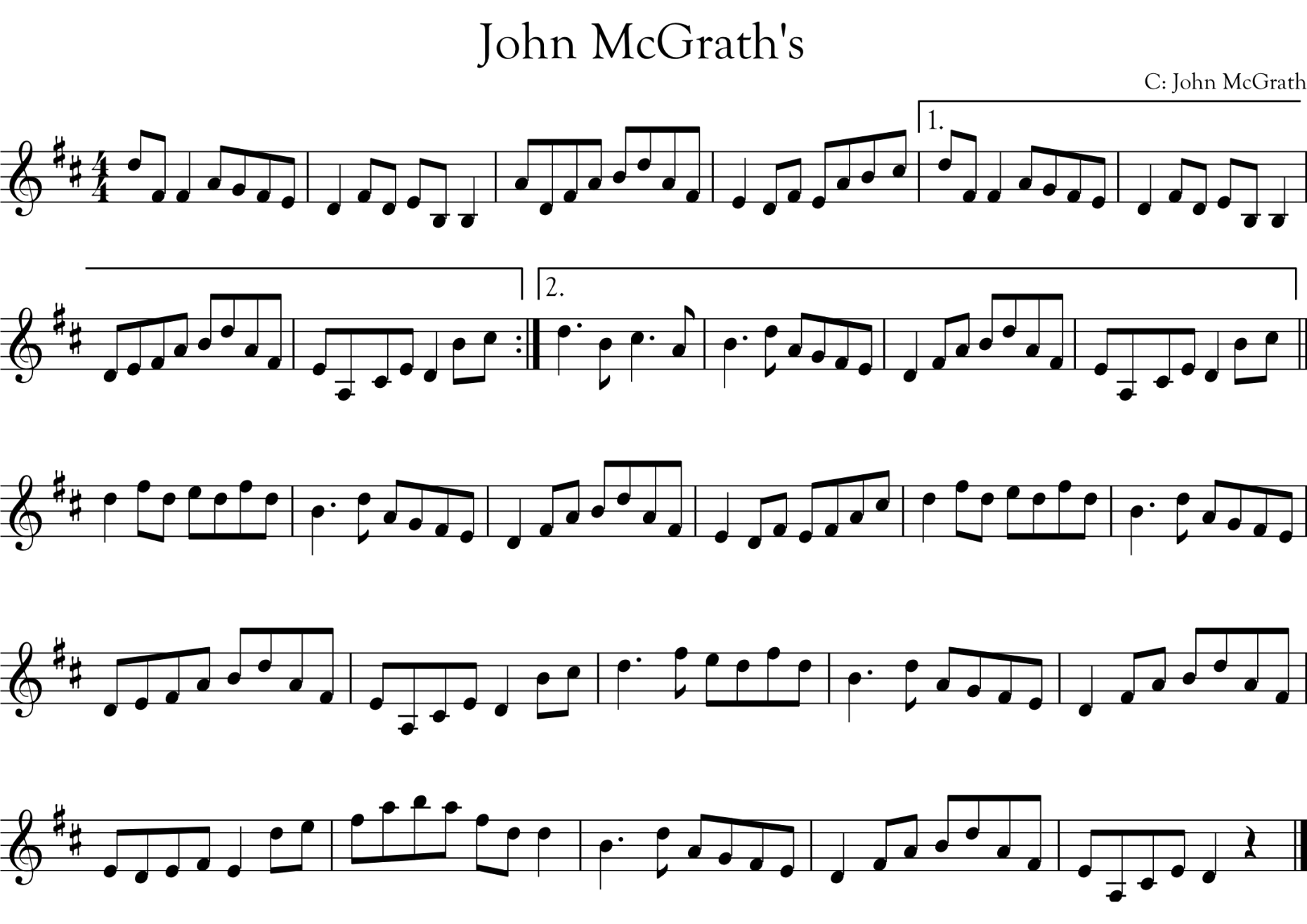 “McGrath was originally from Rossport, County Mayo, and played the fiddle until an accident cost him some of his fingers, whereupon he switched to the accordion and mastered the instrument. He was an important Irish music teacher in the Bronx (a contemporary of Michael Coleman’s), and a fixture of the New York Irish music scene until his death in the mid-1950’s. The tune is sometimes called “Andy McGann’s” and has even been mistakenly attributed to that New York fiddler on some albums.”1 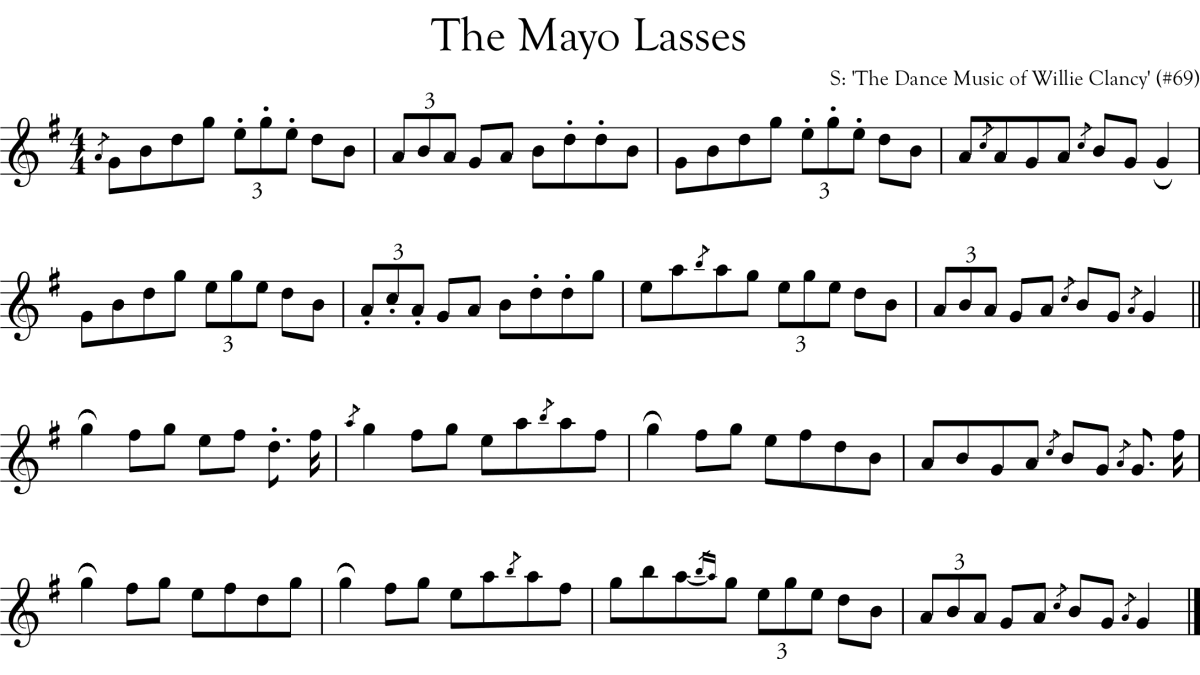